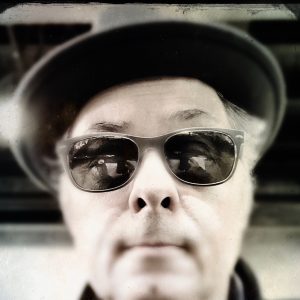 Along with the rising heat comes the summer touring season—and wow is the calendar looking busy! Find details on the tour page, or via Bandsintown or Songkick, but here is an abbreviated look, listing the dates, venues, and cities where I/we will be over the next month or so, as of today.

All shows are solo unless otherwise specified–as always, check with venues before traveling.

(writers’ round with Will Kimbrough, Brigitte DeMeyer, and Jack Barksdale)

(double bill with Amelia White, who’ll have the fantastic Dave Coleman on guitar!)

After a few comfortable 60-degree days in Portland, OR, celebrating our son’s graduation from Reed College, Boo and I flew back Tuesday; our layover was in Denver, where we saw snow on the ground and the temp hung in the low to mid 30s. In late May. Two hours later we landed in Nashville and walked out into 90 degrees of summer’s-coming-fast heat. Already the air looked a little thick and humidly gauzy from the back seat of the Lyft returning us to our humble abode. Time to get my plants in the ground and a fence around the garden. (Something has been taking bites out of the strawberries. One bite, per each. Grrr. Just eat the whole thing, ok? Whatever kind of critter you are, this discretionary portion fetish has got to go.)

During that ride home from the airport, seeing and feeling the first cues of the coming season, I had some flashbacks to one particular summer, of 1984:

After a less-than-stellar sophomore year at Louisiana Tech, academically and otherwise (count ’em: one date, one horrible gig, and several below-par grades), I bailed–moving from there in Ruston to Crowville, 75 miles southeast, to live for the summer–off La. Hwy 577 and down a couple of gravel roads, in a house surrounded by cotton fields–with my stepdad Tony, my mom, and my sister.  Tony’s dad offered me work; he was a farmer there, growing cotton and soybeans. I had zero experience working in a field, so wasn’t in much of a positive bargaining position–we never talked money. I guess it didn’t matter much to me at the time.

If the first few days were any indication, it was going to be a long summer. Up and out there before dawn, when you could still feel a little mercy in the cooler air, I did (or tried to do) what I was told, and all of us were at it constantly til lunch. I was usually the runner, driving into town (a “T” intersection where two two-lane highways met) to retrieve some needed mechanical part, or more pleasantly: plate lunches in to-go boxes from the café.  By then the sun was high up there in the deep blue blazing infinitude; everything felt white-hot, even the dirt. But I swear that nothing’s ever tasted so good to me as those meals and the obligatory huge cups of sweet tea, devoured in the partial shade of a pickup’s cab–doors flung open, windows down, begging for a breeze. After lunch we’d work as long as we could stand it, though being north Louisiana in summer, by 3 on sunny days you were risking heat stroke just being outside too long, much less doing physical labor. It was intense work, and nobody there, especially me, was sure this was a good fit for my summer employment.

Two weeks into this rural odyssey, I’d (sorta) learned to drive a tractor and a combine, though had generally screwed up enough on the job that even my merely 20-year-old numbskull ego was bruised plum-purple. Then a friend in Monroe called; he was putting a BAND together. He asked me if I might be interested in joining. Um. YES. PLEASE. Music. Beer. Guitars, drums and such. And might there even be young women around there, with similar interests perhaps, with whom to talk, to make friends?

Musically, this was a punk endeavor in the truest sense of intent: we knew little about what we were doing, could care less (or at least acted like it), but gave it all we had, no matter how grim (or loud) a sonic mess we made. “Innocent Victims” we called ourselves (groan . . .), and after our first show in Monroe on July 4, we garnered the attention of the local paper, which published a feature on us with a group photo showing our spiky hair and other punk accoutrements, right before our next show a couple of weeks later at the same venue.

Behold the power of music: at the venue, we’d gotten a raise, the band wage this time being a whole case of beer instead of the inaugural show’s 12-pack. A 100% raise! (The club was stuffed with people who’d paid $5 each. We eventually wised up.) Behold the power of fear: I went outside to get some air between sets that night, and in the parking lot several folks from a local church had arrived en masse in their bus, and were protesting our . . . existence? . . . with signs and a bullhorn, broadcasting Biblical warnings, prophecies, and the like. Very exciting. Like what we did really meant something out there among the citizenry.

I moved back to Monroe, living with my dad, stepmother, and her three kids–giving up on the farm job, taking all of my $200 in earned wages. I found some solid joy in the band, and supplemented my gig income(HA!) with shifts at the restaurant where I’d worked during high school. Returned to Northeast La. U. for the Fall semester, where I studied with two writers who changed my life (and my poetry) for the better–fiction writer Dev Hathaway, and poet Jack Heflin, to both of whom I’m forever grateful. Gratitude also to my late poet-friend Kevin Evans, who first told me about those guys when we’d first met at a party in Ruston the previous year.

It’s a long way from 1984, or is it? Is time a line, or does it spin around, double back, trickster-like, dropping some of the old vibes back on you, some good, some not: that lack of self-confidence from those early days in my head, right before I count off the first song in a new venue, now thirty-five years and thousands of shows down the line? One song in and it fades. Fades and returns. But at this point I can see it coming, and see it for what it is.

I wrote most of this yesterday, and thought about it while on my run this morning. Are these things too long? A dear friend said so, about one from months ago. It kinda wounded me, because I (quietly) thought it was one of my better posts. And I get it–we only have so much time for intake, and there’s so much coming at us, constantly. But at the same time, I’m often forcibly shortening my posts to conform to some arbitrary idea of a convenient length.

Maybe I should split these things into two parts–the short version for those who only want to know where and when I’m playing, what’s going on with the current release, etc., and a longer version for those who want to read what else I write. I welcome your feedback, be it positive or negative, always. Blogs are a strange format: part blatant self-promotion, part something else–each post a journal entry that hopefully at least some readers will relate to, or at least enjoy reading for its own sake. I hope I’m doing something more here than advertising. Maybe I’m working on “the book.” Or a book. And maybe you learn some things about me along the way. Maybe it just is what it is–some posts are brief and specifically about the tour or the music, while others ramble; whether or not you have time for all that rambling on a given day is certainly your call. As ever: thanks for listening, and thanks for reading. I appreciate your riding along for the journey.