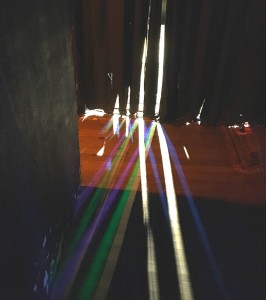 From behind the stage curtain(apparently shredded by a herd of cats), Des Moines IA

It’s a big week, folks; can you FEEL it?!? Okay, well, yeah, it’s been kinda just another Monday here too, so far, but some good things are coming up on the calendar this week:

NEW SHIRTS: To help celebrate the 5th anniversary of Gloryland’s release, we’re having a new run of both Gloryland shirt designs made—we’ll get them in later this week. Both the Gloryland “helicopter” logo, and the “angels” design, will be printed in new colors, both on unisex “Belle + Canvas” brand shirts. I’m excited about them, and hope that you will be too. They’ll be available at our show at FitzGerald’s in Chicago this Saturday(more about that below), and otherwise online, of course.

Wednesday I’m playing Vinyl Tap, the combination record(as in vinyl) store/craft beer bar, that is located in the original Family Wash building, at 2038 Greenwood, here on the east side. It’s a quick 40-minute set starting at 9pm so get there on time (as I’ll try to do, too, ha ha), to achieve (& receive) the maximum effect. It’s a cool space, completely re-done; I’m looking forward to playing there for the first time. 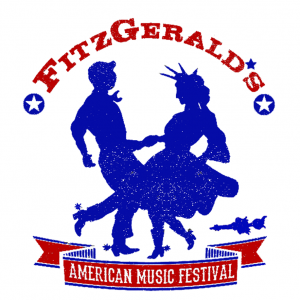 On Saturday I am honored to once again be performing at the FitzGerald’s American Music Festival, which is one of my favorite fests (this will be their 36th year!), and one of my favorite venues on, as Rev. Finster used to say, “Earth’s planet”. We play at 4:30, in the club. Come see us! Amazing line-up for this year’s festival, as usual. I’m pleased and honored to have Joe V. McMahan, Ron Eoff, and Josh Hunt with me on the bandstand.

On July 4, I’ll be back in Nashville, taking part in a special celebration of American song at the Family Wash. The event runs from 6-9pm, with several songwriters taking turns at bat, offering up both a cover of a definitive “American song” of their choosing, as well as a few of their own works. It’ll be hosted by the great Ken Paulson, president of the First Amendment Center and dean of the College of Media and Entertainment at Middle Tennessee State University. Immediately afterwards, you might see a guy you know take over the stage with his band and take it on out . . .

Thoroughly enjoyed our little run up to Iowa a couple of weeks ago–I want to thank Steph Graham and Jim Viner for joining me and Joe McMahan for the first two shows–a wild night at The Octopus in Cedar Falls, with dancing/cavorting couples falling onto the stage (and then just lying there), and a more subdued yet beautiful evening outdoors in Dallas Center, IA, playing a fundraiser for The Brenton Arboretum. Thanks to all who came out to support such a great institution, and to all who worked so hard to make everything run smoothly. The last show of the weekend, at Vaudeville Mews in downtown Des Moines, was a hoot–a rare duo gig with Joe (I know, hard to believe that’s a rare thing, but it’s true). I’d forgotten that I used to play that place eons ago (when it was called the Up and Under) when I was in Bo Ramsey‘s band. Cool room–sounds good in there. Thanks to all of you who came out to hear us.

Be safe out there–hope you’re having a great summer.