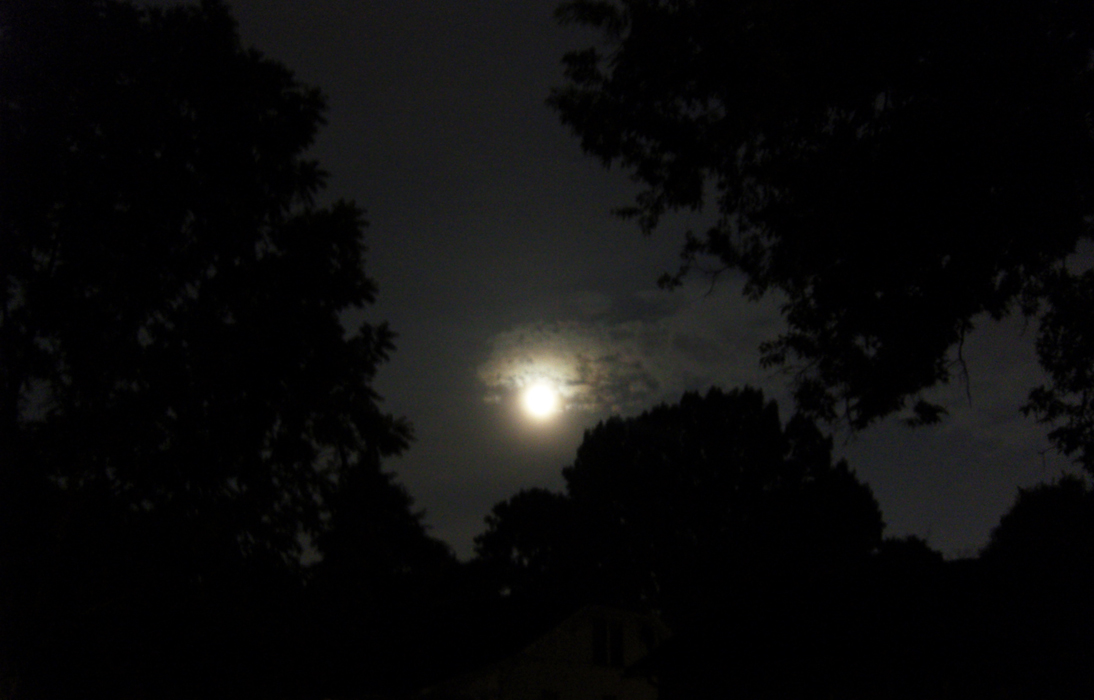 Took this photo in my backyard night before last.

Some updates:  Joe and I return to House of David studio tomorrow and Monday to complete the mixes for the new record. This includes remixing 3-4 that were previously considered “done”.  Tracks mixed for the record are (in no particular order):

Side of the Road

Don’t Stop Me This Time

Trying to Get to Memphis

Don’t Take It All

The finished project might not include all 12; one of these hasn’t found a place in any of my potential sequences yet. But sometimes I forget what time it is–sequences don’t count for much anymore since as listeners we have so much control to change the order, or select just a few tracks for download, etc. But I think it’s still important to at least offer an opinion on how the tracks as a whole should fit together. What you choose to do with that information is up to you. After the mixes are done and we settle on a sequence, the whole thing will be mastered; after that, as far as the audio goes, it’s done. And then let us all gather and shout hallelujah or hell yes.

Some cool shows coming up–next week the Clack Mountain Festival in Morehead KY, home of the Kentucky Folk Art Center. Then two solo shows in Missouri, including a return to Cape Girardeau’s “Tunes at Twilight” series.  A band run to Arkansas and north La. follows, then on June 25 we play The Vernon Club in Louisville KY.  One show I’m very excited about is coming up on July 9–the Oxford American magazine is presenting “The Most Southern Weekend on Earth” at Morgan Freeman’s Ground Zero club in Clarksdale MS. I’ll be joining Jimbo Mathus, Robert Balfour, True Soul Revue, the mighty Mose Allison, and writer Peter Guralnick for a weekend of high-intensity laidback gitdown. For tickets and other info please visit: oxfordamerican.org, or call 501.320.5730.