As I said in my recent blog post, I’ve been doing some rough edits on various live and otherwise unreleased recordings, basically just to “see” what’s in there in the piles. So, here’s a couple things you might find to be of interest:

“Down to the Well”(early version; solo demo, 1999): Sheesh–that’s twenty years ago! I can’t remember exactly when I recorded this demo, but it was likely close to the time we went in the studio to record what would become my 2nd release on the Shanachie label, “Down to the Well.” I’d had the first two lines of the first verse for years (I remember playing it for Lucinda Williams and Bo Ramsey, in 1993), and by early ’99 had at least some scraps in play for the rest of the verse lyrics. Didn’t have a chorus, though. My friend Colin Linden and I got together and he helped me finish four songs that would end up on that record, including this one. This is the “dang-near-done” version, the closest to what ended up on the record. I think it was co-producer Joe V. McMahan‘s idea to take the solo section somewhere else other than the predictable move to the chorus progression–my guess is that he and I had done some pre-production work before I made this demo, and that’s why it shows up here. I might offer all of these demos as a group at some point; despite their simplicity and rawness, they hold up pretty well, for what they are–the guides to go by when you do go in and make the “real” record.

“City of Refuge” (Yet another sample from the recording of our show at the Family Wash on 10/30/15): If you’ve followed me for a while, you know that I’ve been doing this gospel song for years, after learning it from the great Blind Willie Johnson’s recording from the 1930s. This is a snapshot of what would happen sometimes in the relaxed setting that the Wash provided–roots jazz? Americana improv? IDK. And it doesn’t matter, really. But this is certainly one of the best bands I’ve ever had–Joe V. McMahan, Paul Griffith, Ron Eoff, and myself were not only bandmates, but good friends (and still are). Loose as the proverbial goose, and just fine with that, thank-you-very-much.

Another track from our second show at what was then the “new” Family Wash. (Clicking the graphic will take you to my bandcamp site, which is always good to visit!) 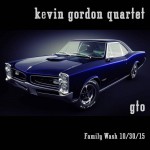 As I mentioned in the blog post, this is a very informal lo-fi recording, basically me practicing, recording on my phone’s voice memos app:

Here’s the 2nd installment of odds and ends on this, the Ends and Odds page. A live band performance of Tearing It Down, from the Gloryland record, recorded at the Family Wash here in Nashville on October 30, 2015. With Ron Eoff, Paul Griffith, Joe McMahan.

Greetings–this is an experiment, a rough draft of an idea . . . somewhere I can share various recordings of mine that haven’t been officially released, and talk a bit about them. Since today is the anniversary of Willie Dixon‘s death, I thought this track would be a perfect place to start.

“The Day Willie Dixon Died” was something I wrote from a journal entry–as the song says, (though it’s hard to hear the vocal in some places–a rough mix of this from a cassette(!) is all I have), I was driving back to Iowa City after spending some time in Louisiana. This was January 29, 1992. I was driving through Mississippi, going up Highway 1 towards Memphis when I heard on the radio that he had passed. It was one of those moments–it just kinda hit me, you know? I was scribbling down lines, images, etc. while I was driving. A very linear song, more meditation than song, I suppose. The fact that this was originally a demo made for my publisher at the time, Mike Robertson, strikes me as funny now. Who the hell were we gonna pitch THIS one to, in Nashville??? Recorded in 1993 or ’94 by Brad Jones at Alex the Great studio; that’s Bo Ramsey on the slide guitar, Paul Griffith on drums, and, I believe, Ron Eoff on bass. No overdubs here–and you might notice I get turned around on a rhyme there toward the end(“Big man made the sound, big man made the song . . .”). Oh well–I’m posting the lyrics here as I recorded them.

I was driving north from my mother’s home

Through the Mississippi Delta where the blues was born

Through Greenville, Rosedale, and Tunica, too

Pig-tailed girls walking with candy in their hands

Old woman with a cane doing the best she can

I remember I was ten miles out of Memphis town

When the man on the radio brought the news down

Chasing Little Brother Montgomery through the streets of Vicksburg

Wide-eyed in wonder at the music that cried

Child was the man who went north in ’35

The man he was fighter till the fighting went bad

Then Baby Doo Caston put a bass in his hand

With the Big Three Trio and the Four Jumps of Jive

The Five Breezes all made that El Mocambo come alive

With Muddy and the Wolf, brought the whole world around

Wide-eyed in wonder at the music that cried

Big man says the blues is the facts of life

Big man says the blues is the facts of life

Now I’m standing in Memphis, staring up at the sky