Greetings from the eastside! It’s a gauzy overcast morning; windows and back door open for the cooler air we’ve had for the last several days. I’ve been home for the last week and change, and it’s been good for catching up on the good things (family time, friend time, writing, reading, running) and the not-so-good (bills and taxes). Sincere apologies to my creditors, and thanks to those who have continued to show a little patience. I’ve been ducking the cops due to expired tags on the van; the van needs a new catalytic converter before it will pass emissions, and that’s not going to be an easy number. But what’re you gonna do? Keep going. That’s what I keep saying. Life is great, and rich and full in so many ways (no, I really don’t have a wise-ass grin on my face when saying that). I put out the fires that I’m able to, and let the rest burn a while longer. The older I get, the easier it is to do that. As I like to say: it’ll be fine. No matter what happens; eventually, it’ll be fine. 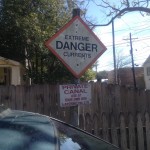 Today begins the annual Americana Music Association Festival & Conference, here in Nashville. I’ve always found it much easier working on the artistic side of things than on the business/networking/(ass-kissing) side, so I tend to duck in and out of the conference, as time and mood allow. There’s plenty of good fresh information available to conference goers, and because I’ve been doing this for a while, I run into a lot of friends from nether regions who’ve come to town for this tall cocktail of fellowship, business, and music. I wrote a piece about it for Nashville Arts magazine; here’s a link. This year I’m playing an “official showcase”, this Saturday night at The Rutledge, at 10pm. I’m also playing tonight (Wednesday 9/12) at the Family Wash, splitting the bill with Stephen Simmons. Show starts at 8:30. We’ll try to keep things rolling for those of you looking for something to do after the awards show at The Ryman.  On Friday, I’m playing at the Red Beet Records Happy Hour party, from 5-8 at The Crossroads, at 419 Broadway. With a killer house band, I’ll be joined by Eric Brace & Peter Cooper, Jon Byrd, Anne McCue, Doug & Telisha, and Mary Gauthier. The Red Beet party is always a fun throwdown, musically and otherwise.

My tour schedule will be busy over the next couple of months; you can find the details on the tour page of my site.  Next week I’m opening shows for Todd Snider in VA and NC. I had a great time opening some dates for him back in July, and I’m excited about this next little run.  Then the Hippie Jack’s Fall Fest, then Tennessee Shines, then . . . well, you get the idea.

In case you missed it, Gloryland and Burning CDs are on sale (Americana Fest special!) only at the facebook music page. Go to the “shop” tab, and you’ll see them there. (For some reason I haven’t figured out yet, the shop tab isn’t visible via mobile–you’ll have to get there from an old-fashioned computer.

And hey! I’m featured on Country Fried Rock this week! Click the link and have a listen! Thanks to host Sloane Spencer for such a fun interview.

Thanks, as ever, for your support–hope to see you soon!