Here in Nashville this week it’s Americanafest 2017, the annual live music festival and business conference staged by the Americana Music Association, who’ve made great strides in exposing this music (though it’s a wide spread of options) to the “mainstream” public. I look forward to playing for those of you in town four times during the week, all “unofficial” showcases but frankly I don’t give a damn, darlin’; it’s always seemed to me like the whole point of this music I’ve been working on for 30 years now (that has endured five or six genre name changes) was to NOT be official, sanctioned, approved, whatever. Or at least that such validation was not necessary. To let the music be free, and to try to serve it well, whatever that might mean. And yes, to hope a lot of people will pick up on it somehow. Anyway, a sincere tip o’ the hat to those who are indeed “showcasing officially.” Hope to see you at least once this week; if you’re visiting, or if you live here, come say hello:

Thursday, 9/14 The 5 Spot (5-7pm, sitting in with the Mark Robinson Band) Having fun at one of my favorite local spots, with some of my favorite folks, incl. fellow special guest Dave Coleman.

Saturday, 9/16 Bobby’s Idle Hour (6:45-7:15pm) The good folks from Green Room Music Source invited me to be a part of their Saturday bash at this legendary Music Row watering hole. Here’s the full schedule for the day there:

Thanks to all of you who sent your condolences regarding the recent loss of our longtime family companion, Apollo. He’s been my spirit animal (now only in spirit), my inspiration (“Black Dog”), and the daily motivator for a good walk, just when I needed it. We’ll find another four-legged friend at some point; just not quite yet. Meanwhile, his ghost lurks—I think I see him in the corner of my eye when working in the backyard; sound of his paw-knock at the storm door; I swear I heard him bark a couple of nights ago. He’s a friendly spirit, and I’m happy to have him around, in whatever form.

Things like losing a friend will send you running. And I did. Drove down to Mississippi to see my mom and my sister, my niece and nephew. Picked up a couple of pieces of art I’d bought a week before, made by Mary T. Smith(1904-1995), a woman who lived along Highway 51 down in Hazlehurst, Robert Johnson’s birthplace. 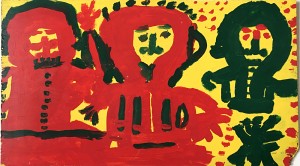 Often discounted by locals as a “hoodoo woman” or a freak, for years she maintained an outdoor art environment, beginning at around age 75, basically doing what Walt Whitman did in poetry—she declared herself. As a person, with as much right to be here as you or me. Many of her images, which blur the visual distinction between the figural and the abstract (often figures or busts of people, some with arms raised—“praise” figures–she was very religious) are accompanied by text, and a common phrase is some form of “I am here”. She was real, as is her art. At her best, she made great work, some of which is now in the Smithsonian and other museums around the world. I am quietly humbled and challenged by the presence of her art; over the years I’ve collected several pieces. It’s not easy art to “get”—but I don’t care. I get it, and love it, and am inspired by it. And feel lucky to be surrounded by it.

After Jackson, I drove down to New Orleans, to see my friend Markus, who lives in the lower 9th ward. A good place to spend a little time, drink a little bourbon on the porch, and get some thinking done. There is, supposedly, a ghost who appears in the kitchen on the side of the house where I stay; fortunately, I didn’t see her–an old woman who sits at the table and smokes cigarettes. One night I Uber’ed over to the Quarter to attend a benefit for Houston flood relief, at photographer Frank Relle’s gallery. Though I knew absolutely no one there, it felt good to support such an important cause.

At my mom’s, I started two new songs, and continued to work on them during my trip. It felt so good to come back with some new stuff, at least one of which will likely end up on the new record.

It’s always nice to see yourself mentioned in the press, especially when your latest record has run its course and you’re layin’ low, prepping the next one. Peter Guralnick brought up my name in his recent online article, Memphis Blues Again, for the Oxford American:

” . . .listen to the music of new champions of the old and new, like the North Mississippi Allstars Luther and Cody Dickinson, who learned at the feet of such legendary champions of the hill country style as R.L. Burnside and Junior Kimbrough and Otha Turner; listen to no less dedicated disciples like Dan Auerbach or Paul Burch or Colin Linden, or poetic practitioners like Kevin Gordon—and who knows how many more?”

I also found, while browsing Lemuria Books in Jackson, that Dr. William Ferris listed me and my song “Pecolia’s Star” in the bibliography for his latest book, The South in Color: A Visual Journal . 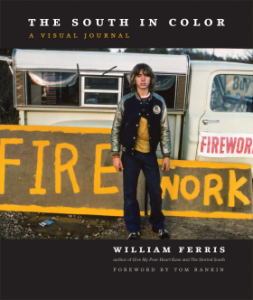 I also make a visual appearance, via tintype photograph, in Frank Hamrick’s limited-edition handmade book, My Face Tastes Like Salt. The image was taken just as a formidable thunderstorm was closing in on our location, near our mutual friend Jim Sherraden‘s home in White’s Creek, TN. Go to http://frankhamrick.com to order a copy, and see a short video on the making of the book, featuring a song by someone you know . . . . 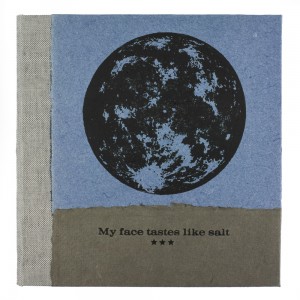 (The In Case You Were Wondering Department): What I’m Reading—

One Response to Americanafest! (official or not) / Spirits, Trips, and Mentions