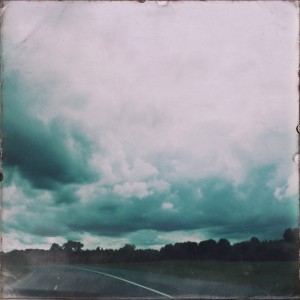 Well, I intended to post something before taking off for Louisiana early on August 30, but didn’t quite get there. I offer the usual apologies for my relative silence over the last several days, but maybe we all needed a break, ha ha. I’ve been more of a lurker online lately–busy with gigs and other issues (see below)–and sometimes . . . sometimes . . . if you can believe it: I just don’t FEEL like being such a relentless self-promoter. It’s not always who I am, for better/worse. So, anyways, onward and upward:

Had a good time on my trip–the best part being the fellowship with my pals Bill Davis(from Dash Rip Rock), and Monty Russell. Though our shows were under-attended (ah, the joys of high school and college football . . .), I really enjoyed sharing songs with these very talented gentlemen, and just hanging out. I hope we can plan another round of these shows, maybe when the head-knocking/pigskin chasing (on Fridays and Saturdays, at least) has finished up its season. I get it, totally–it’s a Fall thing, and man, am I ready for some Fall. And, my touring down south isn’t exactly “seasonal” . . . no matter when you missed me, I’ll always be back! 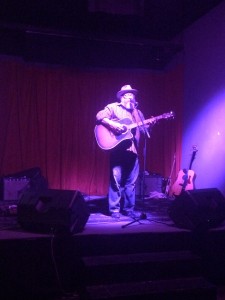 Had another joyous dentistry-on-the-road incident while I was down there, with the same tooth that caused the prior trouble a few years back; ended up seeing a dentist in New Orleans, and getting some pain meds and antibiotics. Didn’t affect the shows, really, though that night at The BEATnik I did refer to a phenomenon I called the “Vicodin confidence effect”–during which my mistakes felt just as good as the better parts . . . . At Spirits in Alexandria last Friday we had a good crowd; I felt fine on the gig, but when I got back to the hotel my tooth was killing me, so much that I thought I was going to be making a lonely 3 a.m. trip to a local ER for some kind of mercy. But–I upped my medication a bit, got some sleep, and felt better Saturday morning, I suppose because the penicillin had started working. But who knew (well, my dentist did): adding ibuprofen to the mix did wonders–swelling down, pain gone. I’m fine now; got it checked out yesterday, and all we can do now is see if the infection comes back–if not, I’m FREE! If so, then it’s back to the endodontist.

Going back into the studio tomorrow and Thursday with Ron Eoff, Paul Griffith, and Joe V. McMahan; please send those good vibes our way!