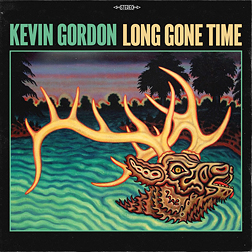 As one who finds it very easy to feel invisible in Music (Business) City, surrounded by all species of sharks, hustlers, extra-extroverts, and yes, extremely talented folks, I’m very honored to find Long Gone Time on this list; here’s some kind and eloquent verbage by the Scene‘s Jim Ridley:

“As underrated a talent as Music City has, Gordon doesn’t make records so much as short-story collections with a wicked swampy stomp. The title of his latest might as well be the recording-session date; it sounds like it was found in the rubble of a bulldozed Louisiana shack, its ominous shuffles fueled by a drum sound like the glugging of kerosene from an arsonist’s gas can.”

Hats off to producer Joe V. McMahan, and to everyone else who’s worked so hard on the making, and promotion of, this release. You can see the whole list here: http://m.nashvillescene.com/nashville/top-local-albums-of-2015-the-nashville-scene-critics-poll/Content?oid=6180876

We will celebrate at FitzGerald’s in Berwyn, IL tonight! The fabulous Ron Lazzeretti Band opens–see you there!