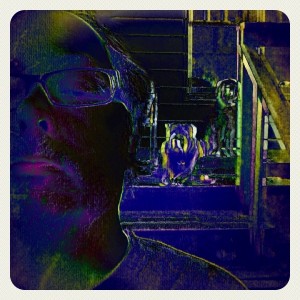 Greetings from the land of summer, where one’s child sleeps til 1 in the afternoon, then lingers in bathrobe, pajamas and tangled hair for another couple hours, then returns to bed to read. I’d like to do that sometime. Because it’s been busy–but that’s good. Haven’t been as invested in the garden as I should be, haven’t been exercising like I should be. Working on a few new songs, though that’s stalled a little with less “alone time” here at the house. A song for said daughter, a song about my hometown, some other odds and ends I’m hammering on as time and spirit allow.

Great shows last weekend in Cape Girardeau, and St. Louis, MO–thanks to the Underbergs and Old Town Cape, KDHX, Twangfest, Lola, and Urban Chestnut for having us. Hope to see you again in the Fall.

Next week I’ll be opening four shows for Todd Snider–check the tour page for details. Very excited about this. I’ll be missing my high school reunion, but . . . duty calls. Now that the press and radio campaigns have run their course, touring is the primary way I can make meaningful contact with new fans, and see those of you I know already.  Late in the month I’ll be recording a daytrotter session, and playing FitzGerald’s American Music Festival (June 30, Berwyn, IL). One of the best festivals in America, and you won’t have the need to shower on-site, or the pleasure of paying $15(?) to do so (can’t remember what Bonnaroo was charging, precisely). Great music, great food, a neighborhood fest kind of vibe. On July 6, I’m happy to be playing Iowa City again (how did we let seven months go by???), as part of the Intimate at the Englert series. Only 100 tickets will be sold–so get ’em while you can.

I’m probably going to change themes on the site design here soon–so look out . . . you might be clicking into a construction zone. If it goes anything like my attempted repair of my son’s stereo receiver last night, well, we all have cause for concern.