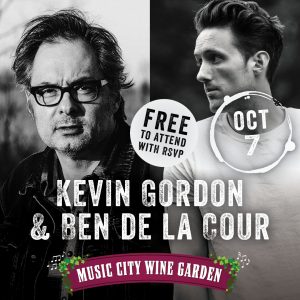 City Winery, Nashville, Tonight: This evening(10/7) at 7 pm I play my first “real” show since the pandemic began at a venue that’s not within the walls of my house. I’ve spent a few frustrating hours this week remembering (or not) my own songs. It’s not like I haven’t been playing guitar, etc.  I definitely have. Just not the songs that have already been recorded. Working on the new ones—and mostly using an acoustic guitar(!) in standard tuning(!!) The writing: it’s an ongoing mystery how the act, the process itself, turns things a certain way, defies your old methods, heading toward something unfamiliar. I’m glad it happens. Makes you believe you’re getting somewhere, whether you are or not. And right now, be it real or illusory, I don’t give a damn. At this point in this year, if you’re not about halfway into a straitjacket then you’re not paying attention. So whether the new stuff is good or not, just having something fresh to work on and (dare I say) believe in, even temporarily, feels so very necessary these days. I’ll play a couple of the new songs tonight. If you’re in town, please come out; my good friend and extremely gifted singer-songwriter Ben de la Cour and I split the bill. 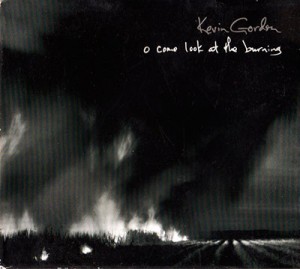 Burning Anniversary: We released o Come Look at the Burning fifteen years ago this month. Wow. Hard to believe. I remember making that record, at Joe V. McMahan’s studio and home which was then just a few blocks over from me, on McKennie Avenue. Using the 15 functioning tracks of a vintage 16-track, 2-inch tape machine. Fat! We recorded it live—everyone playing the songs down together, adding as few overdubs as possible. Challenging because, when recording in that house, nobody could see anybody else. Joe was engineering AND playing guitar, simultaneously. It was all communicating via sound, through microphones and headphones. But having to depend on sound alone that much was good—there was a “zone” in there and we all just had to find it, while blind to each other, from our individual vantage points in the house and in the ‘phones.

“Watching the Sun Go Down” was the last song we recorded. It was almost an afterthought: “You got anything else?” A deliberately abstract set of lyrics I’d written with Gwil Owen, it was in a blues form of sorts; the arrangement could go in many directions. What you hear when listening to the track is the second take, I believe—the second time we’d all played the song through with the record button “in the red.” Joe came up with the signature guitar lick right then, in the moment . . . while also engineering. Incredible. One clue as to the spontaneous nature of the track—you can hear me say in the vocal mic, toward the end: “you can go ahead and take it out,” meaning, basically: let’s end it. (Because we couldn’t see each other, the usual visual cues weren’t possible.) For something I wasn’t so sure about as a song, what we recorded really brought it to life; it’s one of my favorite tracks on the record, because it had that element of mystery that some accidental recordings do—there’s just something there that adds up to more than the sum of the parts. One more thing—the intro to the track was Joe’s idea; he plugged his Les Paul into an amp and turned it up, and set the guitar on a table, let it start making whatever sounds it would, and recorded them. I have rough takes of four different versions of that intro. Cool idea, and sound-wise it introduces the overall ominous vibe that runs throughout that record. When playing the song live I’m usually using my Telecaster in standard tuning, or the ES-125 in D-tuning. On the record I’m playing the Tele in G-tuning, another choice made in the moment. That’s Paul Griffith on drums and Tom Comet on bass.

I’ll write more about “Burning” in future posts, maybe taking one track at a time. You can read more about it (and purchase it!) here:

o Come Look at the Burning

Gotta leave it here, for now. There are strings to change, and songs to remember!