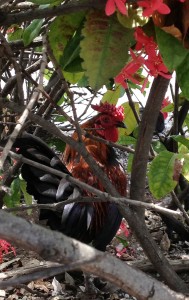 One of thousands of free-roaming chickens, Key West FL

A week in Key West can certainly disengage one from reality, even when you’re there to work. (Yes, it seems that even closing out seven consecutive nights of shows with a disco version of Chicken Truck counts as employment! I’m a lucky fella.) I’m very late in talking up the shows in Boston this week, so . . . here’s what’s happening:

Friday, 6/28, I’m part of the Twangville Music Festival, again at the Lizard. I play a short solo set at 9:40pm, then sit in with my pals Session Americana later that evening. This is a two-night event, also featuring Bill Janovitz, Sarah Borges, Joe Fletcher, and Stephen Kellogg.

Next week: FitzGerald’s American Music Festival in Berwyn, IL on July 4! And on July 6, it’s the inaugural Wheeler Road House Show, here in Nashville, with my pals Amelia White and Charlie Faye! Email for details . . .

KG in Louisiana this week
July 1 and the motion stops