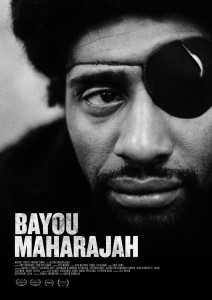 I was up and at ‘em early, at 6:30; first truly chilly morning of the season here—only 50 or so, but it felt 10 degrees cooler. Especially when crawling out of bed in nothing but boxers, with windows open all around to the deep dark sky slowly lightening into day. “Garbage day”—had to get the can out to the alley by 7, though the truck rarely shows up that early. Back inside to hook the cup of hot coffee into my hand that the Mrs. had poured for me.

It’s been quite a busy period for me, travel-wise, since mid-September. Fourteen shows in fifteen days, 3983 miles, out solo up in the northeast, then home to play a memorable TomFest at the Family Wash, then two days of rest before getting back in the van and heading for Louisiana and Texas (another 2173 miles). I’m grateful to have such a smart and funny occasional touring partner as my friend Amy McCarley, who joined me on the LA/TX shows. A good, safe driver—(in addition to being a kick-ass singer-songwriter) I can actually let my eyes close when she’s at the wheel; something I needed to do badly a couple of times on our trip to Texas and back last week. Amy and I played two shows in Texas with a wonderful artist, and new friend, Grace Pettis. Check out her music when you have a chance. Thanks again to my/our hosts all along the way, from Dover, New Hampshire all the way to Houston, Texas; your kindness is always appreciated, though I might not be the best at getting a proper thank you note in the mail.

One conundrum of a busy tour schedule: While you’re out there having all that experience, traveling 4-5 hours and performing just about every day, it’s hard to keep up with the intended task of writing it all down. From the tour up east I have two journal entries from the whole trip. Never quite felt like I had the time, or the energy, to put pen to paper, or even to peck away at something on the laptop. So now I’m left with a few photos, and some great but fragmented memories of the the shows and the folks who came out to hear me. So I like to say that my travels fuel my writing, and I suppose they still do, though more in a sense of internalizing all those miles, unfamiliar rooms, restaurants, and roads, in a way that’s not so specific to particular experiences or scenes/images—but to that feeling, at least on the longer trips, of simply having gone through all that to get to where you might find yourself today. And I find myself at home, which has been good this past week, having gotten back from Texas on Monday.

Last night I stayed up and watched “Bayou Maharajah”, the recently released documentary on New Orleans piano virtuoso James Booker, truly a genius (and Allen Toussaint said so, too). Got me thinking lots of thoughts about “the life”—of doing what you do best, living inside of it, and the blessings and consequences of that, a life which Booker took to the extreme. One quote of his from the back of an album cover: “To know the feeling of rejoicing in sorrow is nothing strange to me.” The filmed performances from his time in Europe are staggering, particularly an intense rendition at Montreux in 1978 of “True”(You Just Don’t Love Me). Booker’s story is ultimately joyous and tragic—the music transcendent, the life, ultimately not so much. He died at Charity Hospital in NOLA while waiting for treatment, at the age of 43. But there are some great, often hilarious stories in the film told by friends, usually concerning when James-being-James rubbed up against, and thereby snuffed out, the expectations of the common world. I recommend this to anyone interested in music; I plan on watching it again today. I went to bed afterwards and dreamed of New Orleans, and it was good, if in a sad and beautiful way. Myriad colors and decay; streets I’ve walked many times . . . their names spelled out in blue-lettered tile in the sidewalk on the corners, music coming from somewhere you couldn’t see, echoing off the buildings and houses, smell of sweet olive blooming, overwhelming the heavy air after a rain.

I’ll be opening up my friend Brad Cole’s final residency show at the 5 Spot here in the 37206 next Thursday at 6pm, most likely solo, playing some new songs and whatever else I feel like doing. Back on the road in early November for several trio dates in the midwest—check the tour calendar, available here at http://kg.kevingordon.net/tour , my Facebook music page, http://facebook.com/kevingordonmusic , or the Bandsintown app on your mobile device. And further on in November, I’m heading west with a vengeance, for a long-overdue tour.

My condolences to friends and family of Chris Porter and Mitchell Vandenburg, two Austin-based musicians who died in a car accident in North Carolina on Thursday. Chris and I were friends on Facebook; I do remember meeting him once here in Nashville, and I so regret that I did not take the opportunity to know him better. Let’s keep our eyes out for the other guy out there, highway people–just when you think everything’s okay . . . sometimes, in an instant, it’s not. May we all be grateful for every day; sometimes I sure do forget.

Thanks, as ever, for your support—whether it’s coming to a show, buying some merch, or finding me on social media, I do sincerely appreciate your interest and your kindness.