Happy Monday! Yes, I’m still pre-caffeinated and therefore delirious. But I woke up early and checked on a little something I put up on Ebay yesterday (http://r.ebay.com/eruOlJ) and fell off my perch. Wow! Thanks so much–and there’s still six days to go. 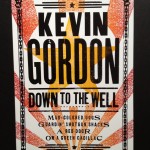 As I mentioned on facebook yesterday, I’m offering this poster as a way of raising money for the recording fund–because I’m going to make a record this year. There–I said it! I’ll be listing various other oddities and collectibles over the coming weeks.  I’m still very much in the thick of writing several new songs, recording solo demos, etc. A couple of the new songs have made their way into the setlist lately: “Brownie Ford”, and something whose working title is “The Levee Song”. More details on those and others in future posts.

This week I return to the great state of Ohio! Playing the Red Door Tavern in Columbus on Friday, 4/12. My dear friends BeJae Fleming and Jackie Blount open the show. I’ll also be doing a live spot on WCBE-FM that afternoon at 2:00pm EST.

On Saturday, 4/13, I’m playing a Mechanic Street house concert in Cleveland; my first show in Cleveland in years and years (for no reason other than dysfunctional touring strategy, and general dysfunction . . .). If you’re interested in attending, more info is available here: http://www.mechanicstreetmusic.com/

Looking further ahead, April 19-21 I’ll be in Dubuque, IA, for the annual Switchback Songwriters’ Weekend. Brian and Martin are fabulously talented, and all-around good guys. I’m looking forward to being there, talking about songs, playing and listening to songs, and maybe, just maybe, doing some writing while I’m there.

And you know what’s coming up in May: Jazzfest!  I’ll be closing out the day with my band on Saturday, May 4, 5:15pm, on the Lagniappe stage. I’ll also be playing and talking on the interview stage, in the grandstand, a little earlier that day, at 2:30pm.

In the interest of finishing what I started . . .:

Sunday, March 17: Saturday, day off. Had trouble all week getting info about the unofficial, non-SXSW shows going on. Even the facebook page dedicated to such didn’t seem to help much.  At 10:30am I found out that my friends Luella & the Sun were playing at the “South by San Jose” stage at noon, so I cleaned up and hauled ass back into town. I heard 30 seconds of their great version of Texas native Blind Willie Johnson‘s “Soul of a Man”, while sitting at a red light, while searching for parking. Made it back in time to catch the last 5 minutes. Lots more strollers on the sidewalks during SX these days . . .

Wandered across the street to the cool, dark environs of the Continental Club, one of my favorite venues in this town. Mojo Nixon was hosting his annual SXSW throwdown there. Saw a great set by Mike Barfield; the one and only Kinky Friedman and Jesse Dayton played a brief duo set. Jon Dee Graham, whom I didn’t recognize (“it’s the beard”, he said), and his band laid it down loud and heavy for a packed house. Barbecue sandwich from the Fisher family, who were cooking it up slow and fine down the alley, and a couple of Lone Stars, propelled me into the afternoon. Wandered down to Yard Dog, heard great music in the distance while drinking a few Lagunitas pale ales out in the alley, where I ran into some old and current Nashville friends.

Looking back on it, SX has become, for me, more about community, about music, than about buzz, biz, and other b.s.  Trolling S. Congress and other destinations in south Austin led me to some great music, and through my gigs, and various wanderings I collided with many friends/fans old and new. Having a good long visit with my mom for a few days, “south of south Austin”, meant so much to me. Maybe this means I’m not properly focused, not serious about my “career”. But like always, I just go where it feels right; where the moments lead me. And maybe the music, the part that really counts, is better for it. I know that my life is.

Before I load out
New Orleans (yes, please)